Got this link to CNN from weasel zippers:

"One person was killed and three were wounded Wednesday in Israeli airstrike targeting a metal shop in Rafah, according to Palestinian security and medical sources. Israel Defense Forces confirmed the airstrike.

The person killed was the deputy commander of the Islamic Jihad military wing, according to the Palestinian sources, who said he also served as a school headmaster at a the United Nations Relief and Works Agency school.

UNRWA spokesman Chris Gunnes said he could not immediately confirm that the person was employed by the United Nations, and added that said staff members who bring politics into U.N. institutions are fired immediately for violating staff rules."

Because murdering Jews for being Jews is not a matter of politics for the UN - is it simply the policy of the UN to fund Nazis? This criminal institute which was set up after the defeat of Nazism, to make sure that "Never Again" will not be a hollow slogan - has chosen sides - and joined Nazis.

We are now accustomed to the UN standing aside when genocide happens in Africa - heck, we might as well get used to the UN taking part in eliminating "the Jewish problem". It is pure irony that this tidbit of information was revealed on Israel's Holocaust memorial day.

This situation also puts in perspective the latest denunciations by Ban Kee Moon (Kofi Annan in reverse) of Israel for the deaths of Arabs in Gaza - and the whole month of silence regarding the daily bombardment of Israeli civilians.

The UN is the most costly mistake in international law which instead of striving to achieve peace and reduce chances of genocide - acts to finance and encourage such perversions.
at 9:45 PM No comments:

Just in case anyone missed the rabid antisemitism in the Arab world, here are a few links to compilations covering the issue:

From the disgusting nauseating saga of Detroit's shameful mayor (who has yet to resign).

Debbie Schlussel keeps track of it, I prefer not to turn on local news.

New words I never knew existed, and I'm kind of sorry to have learned now:

Reading their messages on Detroit free press (link from Schlussel) is like reading a bad soap opera. (As in - is there really a good one?) She's obsessed and needy, he's leading her on... both are insanely passionate... then the nasty comes out on page 14:
"Everything is cool. Did you get busted? You were kind of wet last night, inside and out. LOL"

page 15: Beatty to Mayor
"I really wanted to give you some good head this morning and I didn't know how to ask you to let me do it. I have wanted to since Friday night when you asked me at the club." It continues on page 16...

Just a reminder, the scandal and attempt to remove the scumbag is not because of an affair - caught over city's pagers, it's about corruption - proven by messages on those pagers.
at 12:23 PM No comments:

Bush - as sharp as a fox, lashes back at rude reporters

Not always a fan. This time, I am: 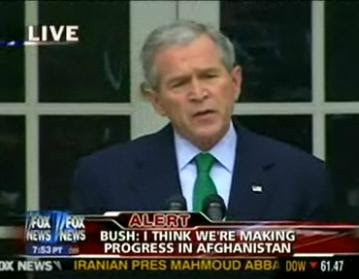 Israellycool found it on Haaretz.

For some reason, given the description I'd expect something more like the robot from the movie "Red Planet" (in my dreams - I know). I do wonder how useful that is, remembering all the other high-tech equipment that was put over the border with Lebanon and Gaza - both fences failed and allowed terrorist infiltration. Cameras break/ sabotaged - what then? What will the robot do? Is it anything more than a self navigating 360 degrees camera?

It seems to me the only use of this thing could be to guard borders where guarding is not prone to infiltration of terrorists. As such - I would ask, what's the point?

It seems like the decision makers keep trying to find complicated solutions to saving lives of soldiers and civilians. Ever acknowledging past mistakes such as withdrawing from Gaza and Lebanon are still out of the question.

And now I turned a fun post about new invention to another politically depressing story. Sorry. 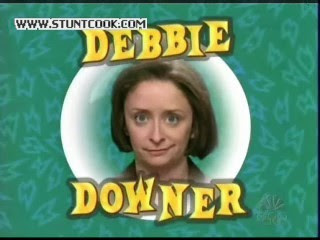 What in the world is wrong with Israelis writing for Walla about USA elections?

This article written in Hebrew connects the un-connect-able (my speller went wild on that non-word). Discussing how poor democrat contenders must suffer and partake in gastronomic horrors such as eating burgers and drinking beer to appear pleasant to the voting public, while McCain's health is spared since he already won the nomination.

Somehow I suspect that article was plagiarized from some far left American blog.

Of all nations to criticize "pretending to be folksy"... I believe market goers are still in shock in Israel after all the open market tours Israeli politicians take. Some babies who were kissed there would never be the same. 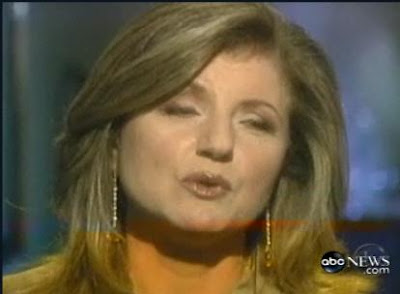 Consider how insane the dwellers of her website are, and how vile and antisemitic they are - I think it's important to see what kind a of nut she is.

What do you call a hypocrite who switches left to right and back - all based on on marriage and personal ambition?

How do you call a person threatening free speech of opponents? "They will not be as powerful after we'll finish dealing with them." Is Fascist a strong enough word?
at 11:21 AM No comments:

Turned on the computer this morning, looked for some news, instead found a headline screaming from both "walla" and "ynet":

"The massacre in Gaza reveals Israel's face", subtitle provides a little less background with notice of "7 people killed during bombing".

Israelis being bombarded daily - not a headline for Israeli news site while a terrorists' spin is.

Now - 7 people killed is a tragedy, but who was killed? How many of them were armed? Was there fire from the house they were at? Did they die from Israel's fire or the Arab's? You wouldn't find an answer to any of these questions on the headlines but the accusation is laying there staring you at the face without context (nor basis - there was fire from both sides, this is no massacre).

How about some professional journalism? Stop providing inciting headlines authored by terrorists. Are they competing with Al-Jazeraa or somehing like that?

The terrorists are hiding behind their families, waiting for blood to blame Israel. The media takes no responsibility for repeating those accusations unchecked and not representing the Israeli side. Quoting Ehud Barak out of context saying: "We will continue to operate" is not an Israeli response, but another piece of the agit-prop puzzle.
at 8:04 AM No comments:

Classic SNL - funniest ever. Saddam, Ossama and the Joooos

Couldn't find at Hulu.com ...so for now:


Saddam & Osama-the-Animated-Series-SNL-TV-Funhouse
at 9:14 PM No comments:

I guess it's not new, just disturbing. Talk about religiously promoting a candidate.

They bombed the cemetery of Ashkelon, destroyed graves. I mistakenly thought they did that while the minister of interior was visiting.
Still the families of the deceased were shocked and horrified. Earlier in the day the Paleo-Nazis murdered 2 Jews in Samaria (west bank). Blood thirsty beasts.

Rockets are still raining on civilians - Condemnation? Anyone? UN? Of course not... they're too busy funding free food for the nation that invented modern terror while real famine persists elsewhere.

Retaliation? The Israeli government are brave enough to send jets to bomb a nuke site far away in Syria - but do nothing to reverse the unbelievable strategic failure of withdrawing from Gaza.

Exit question: Is a date set - after the Israeli independence day to take down Hamastan?
at 11:49 AM No comments:

How to spot a Persian prostitute

Gee... I thought those mullahs are soooo moral, NOT!

If anyone wonders, one of the biggest contentions between suni and shiites is the approach to prostitution. Shiite Islam sponsors prostitution and religiously legalizes it by temporary marriage contracts. Sunni - while forbidding it - import young girls from Indonesia as house maids, then enslave them and rape them. Didn't make it up, and the Saudi couple who were caught in Denver used the excuse that this type of thing is a norm in Saudi Arabia.
at 10:39 AM No comments:

I just love reading those soon to be extinct Actual Moderates(tm):
'Aref 'Alwan, an Iraqi author

You know his life is in danger when he suggests in an Arabic publication that Jews have a right to self determination in Israel (despite him calling it Palestine).
at 4:01 PM No comments:

The UN to the rescue... food becomes too expensive...

But first, answer me how come such a high percentage of the aid given by the UN goes straight to the hands of the Oil Cartel countries - who by the way contribute almost nothing to any aid group including the UN. How come one nation, and one alone is allowed to be forced fed by aid funds from the UN for 60 years, while using all of their money to fund terrorism. You know I'm talking about Pale-Nazis. How much expensive food can the UN give to the nation of terror for free?

Here's a suggestion: Stop giving away expensive food for free to those least deserving. That might bring some commodity prices down - wouldn't it? How about abandoning the socialist approach of feeding the hungry and the terrorists who are starving their own population, and instead do the following:

1. Always intervene when genocide is in the equation, punish the murderers. 5 years and still no international force to punish Sudan for Darfur. How many years was Mugabe allowed to destroy Zimbabwe? An agriculture producing nation was allowed to be demolished by a ruthless beast, a Nazi in reverse of colors!

2. Stop funding and supporting refugee camps. Focus on refugee resettlements, and economy construction. UNRAW is the enabler, and at fault for hunger, poverty and terrorism. The UN perpetuates an unnecessary human suffering. Grievance theaters do not resolve situations - they magnify bad ones.

3. Disband the UN, make a new one - Especially disband the Human Rights Council.

4. Stop burning food for oil... sounds silly? All of the Environmentalists are on crack - sorry, it's true. The idea of using renewable energy is great - but why burn food to drive your car? Hadn't your Mom ever told you that there are Hungry Children in Africa?! Now finish your plate and stop playing with matches.
at 9:55 AM No comments:

Sadly I'm bombarded with this crazy lefty propaganda leaflet every month due to my Rhapsody subscription. It is vulgar and unbearably politically biased. They still call themselves "groovy music mag". I call them pre-soiled ass wipe paper.

Their idol is a racist candidate for presidency, to understand how bad this person is - here's an honest review of an item in his recent book, by Ann Coulter.

More:
Wright the racist and Obama the racist open the flood gates and racism is flowing from so called "inner city community leaders"... More proof, here's how Jews from Israel are treated on MLK day in Los Angeles:
At Hot Air., At 5:35 into the video - something very smart is said: "It is opening the gate to something that is very unhealthy for the country". Indeed.
at 11:15 AM No comments:

Why? no reason, but they allow themselves to besmirch the name of Charlton Heston on the day of his death - calling him a racist for no reason.

Walla/Haarets wants us to know that the "relative calm" was broken by Israel. Relative calm? A daily bombardment, sniper shots - trying to assassinate an Israeli minister - Relative To WHAT?! Oh yea, Palliwood claims a kid died, while standing next to armed terrorists shooting at Israeli soldiers. But of-course, Israel broke the "relative calm". Who are they fooling? Do they think Hebrew readers are idiots?! Let me smack you on the head 50 times, when you step on my toe I'll say you broke a relative calm.
at 9:27 PM No comments: