The video below is in Hebrew, I'll quickly translate screenshots of the highlights:

The announcers in the video add the following: The conversation had a very harsh tone, unfriendly, tense. Obama wouldn't listen to Netanyahu and chose to lecture him as if Obama was a professor and Netanyahu was a student being reprimanded. Obama was condescending, rigid. Obama was hostile to Netanyahu. Illustrates impatience and lack of understanding of Israel's plight by the admin. The transcript came from American sources.

Video in Hebrew below:

Update: - everyone denies. Which doesn't debunk it. In my opinion, most Israelis believe it to be true, as Israeli channel 1 has a high level of reliability and trust. Most everyone understands that the Israeli PM has to deny it to save face and maintain US relationship. Despite all that has happened, the USA is still the only power who stands with Israel at the UN. While Canada expressed strong support, it doesn't carry as much power at the UN.

American opinion makers and journalist doubt this conversation transcript due to its "cartoonish conversational" way, no one speaks this way. Except that they do understand it's a 3rd generation translation, and a condensed version of a 35 minute conversation - as was reported.

Last word - I don't claim anything regarding the truthfulness of the report on Israeli channel 1, nor am I promoting a conspiracy. I'm stating my opinion, based on what we've heard so far - Israelis are likely to believe the report as was broadcast.
at 2:15 PM No comments:

What do you do when you discover a wasps nest on your deck?

What do you do when you discover a wasps nest on your deck? You'd think the answer is simple


You must be lucky enough to not live in a country that starts with "I", and has a lot of people with an ethnicity that begins with "J". Because if if your ethnicity does begin with J, you must follow certain international standards that apply only to you:
There's only one country in the world today forced to defend its civilian population with both hands tied behind its back. No other military in the world takes so much care to not harm the hostile population which produces its deadly wasps.
at 3:29 PM No comments:

Egyptian TV hosts dump on Hamas and their leaders

I wish I had the version with English subtitles. Everyone who understands Hebrew (subtitles) or Arabic can enjoy this. FINALLY! Some Arabs start telling the truth about Hamasholes.

What a terrible excuse for a human being. What a terrible - terrible ass hole. Unbelievable. Try telling these jokes straight to the face of children of Sderot who hadn't had a quiet night in 10 fucking years. Millionaire, elitist, "Jew when it suits him" hypocrite douche bag!

Israel has developed an app that will serve as an early missile warning for its citizens, saving lives.

The Israelis, as a courtesy and humanitarian effort, when they retaliate against Arab aggression, send small bombs in first to warn citizens so they can evacuate.

Stewart has a problem with this. This is fodder for mockulatory criticism, and his a-hole audience gleefully applauds on cue. 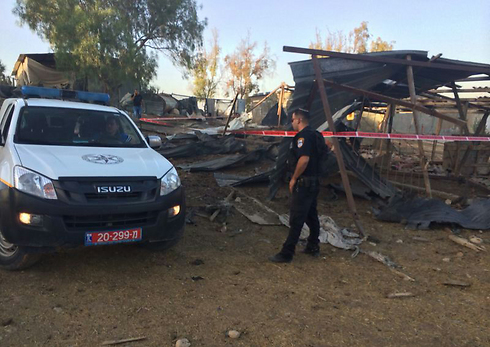 Damage caused by Hamas rocket today which severely injured two sisters of ages 10 and 13. The girls are Israeli Arab Beduim

On the day the war began - I booked the ticket, not knowing what's coming, but following my business schedule. So I won't pat my back for some bravery or patriotism. Like most reasonable human beings, I hope for two contradictory things:

1. For stability, calm and security to return as soon as possible.
2. For the terrorist to be eliminated and removed once and for all.

Can you hear me sigh?
More contradictions I'm thinking of:

1. Only a ground offensive - carried to the end and killing/incarceration all terrorists will prevent the next eminent round of rocket terror.
2. The human cost of life in both sides is such a great risk - that one yearns for other turn of events to occur.

Well - that's what's on my mind, that and endless stalking news feeds, where if I find something worth noting, I bookmark it on twitter. Here are latest headlines I collected from Twitter:

* Egyptian Media Calls for Destruction of Hamas – Obama Makes Them Peace Partners
* Two young girls Injured From Rocket Fire in Beer Sheva
* Hamas spox: ‘We are leading our people to death’… er, confrontation… yeah, that’s it
* Palestinian UN rep says every missile fired from Gaza at Israel is 'a crime against humanity' * Hamas drone shot down over Ashdod was laden with explosives
* No Call From Islamic Leaders For Hamas to Stop Attacking Israel
* Hamas' message is a bit different in English and Arabic
* Don't believe the hype: Hamas isn't desperate for a truce
* Video: Muslims firebomb Paris Synagogue in anti-Jewish attack
* The Arab attacks on the light rail in Jerusalem were not spontaneous
* Egyptian TV Hosts 'Sick and Tired' of Hamas
* German police megaphone used in anti-Israel rant
* Christie calls for 'forceful' defense of Israel, says Obama not 'decisive'
* Statement by the Prime Minister of Canada in response to the situation in Israel
* Opinion (not "The Onion"): Israel crisis: Obama's obscene moral relativism
* Rick Steves, travels to anti-semitism-ville, dines well
* Pallywood & The Left

I've been wrong before - things that look like war, sound like war, certainly are war - eventually reported as skirmish, or escalation, or "rising tensions" - and are disregarded as nothing-burger the day after. In my opinion, when your civilian population is bombarded daily, regardless of your retaliation - be it full throttle or incomprehensible apathy - you are at war.

So after a few weeks of relentless bombardment of Israeli civilians by Gaza war criminals from Fatah, Hamas, Islamic-Jihad/Iran - and Israel minor responses (deliberate accurate hits on empty dunes), it seems yesterday Israeli leaders said enough. I wonder if they will follow through and uproot this terror weed for good. 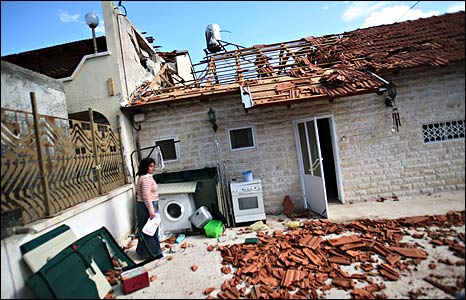 
The security cabinet has voted to call up some 40,000 reservists in preparation of a possible ground operation in Gaza Strip as part of Operation Protective Edge, hours after Prime Minister Benjamin Netanyahu ordered the military to "take off the gloves" in its confrontation with Hamas.

Netanyahu placed responsiblity for the current round of fighting on Hamas, and said "Hamas chose escalation and it will pay a heavy price for it."

Senior political sources close to Netanyahu said he has ordered the defense establishment to conduct a "continuous, long and forceful operation in Gaza."

The decision to call up reservists was taken at the request of IDF Chief of Staff Lt.-Gen. Benny Gantz, and is intended to allow reservists to take over part of the duties currently being fulfilled by conscripted soldiers, who will now avail themselves to the operation itself.

According to the source, Netanyahu told the IDF to go "all the way," saying "evening a ground operation was currently on the table." According to them, such an operation was far from certain, but that the operation's goal was to increase deterrence and deal Hamas a significant blow.