I was hoping for at least a week of rest from this shit. I'm sure the families living around Gaza were hoping as well. 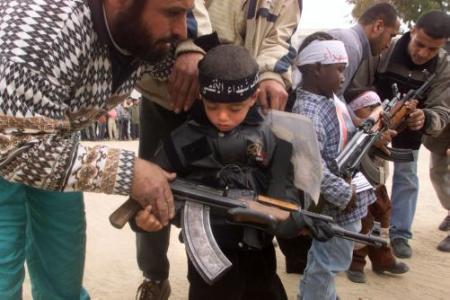 They blow up so young, who would have thought these children would grow up to be murderers?

An IDF force has shot dead an assailant who broke into a home in the southern town of Sdei Avraham on Monday and stabbed a female resident. The woman was lightly hurt in the attack.

A preliminary investigation by the army found that the trespasser was a Gaza resident who infiltrated Israel's border. The security services initially reported the incident was criminal in nature but later postulated the attack was nationalistically driven.

According to the IDF, he was shot down by Kfir Brigade soldiers when he tried to assail the troops who ordered him to stop.

According to Deputy Inspector General Peretz Amar of the Negev police, the Gaza man broke into the home at 4 am and attacked the woman, who was at the house with her children. She fought back, making him flee. The woman was lightly hurt in the her face and shoulder when he wielded his knife

Of course, I'm taking the following theme song to Darwin awards out of context, but it is hilarious, and I do wish most of it on Hamasholes (as should any other decent human being).

A bus explodes in Israel, Gaza celebrates. A missile hits Rishon L'Zion residential building, Gazastan boast victory. Turkey's FM sheds tears in Gaza hospital - you know - where they hide their long range missiles, where they fire them from at Jerusalem. Egypt's Morsi was reported yesterday to have said that a cease fire will have happened yesterday, yet he didn't say that. He said "Israelli aggression". Israel is surrounded and led by its enemies - all support continued murder and terrorizing Jews in Israel.

Well, what if Israel had done a small bit of what it is accused of?

The maddening part of it all - is that these are all simply logical statements, easy to comprehend by level headed individuals. However, Israel and Jews are dealing with a deranged world, unhinged media, and Nazi-like Turkey and Egypt.

Collection of posters: Israel under attack

Found these on facebook, shared by friends and relatives. 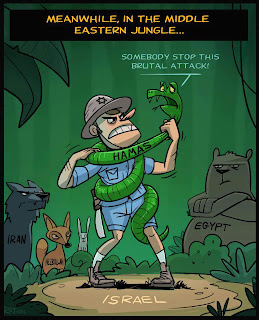 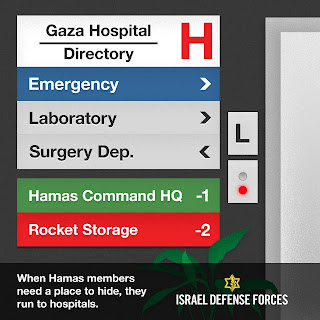 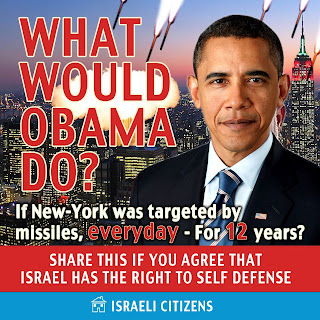 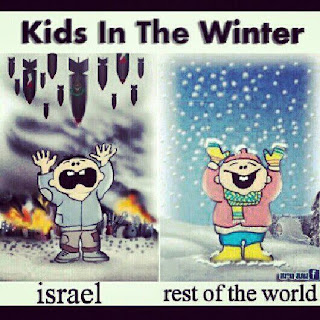 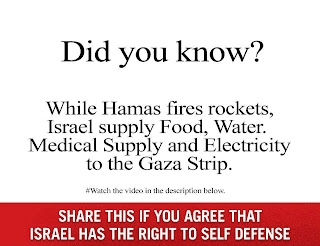 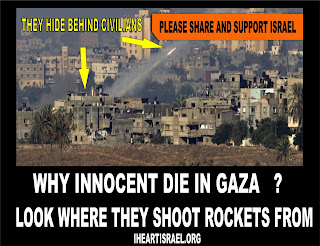 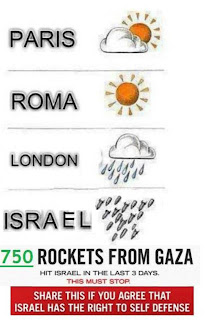 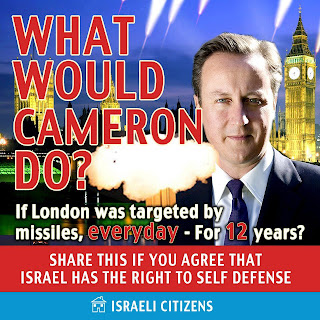 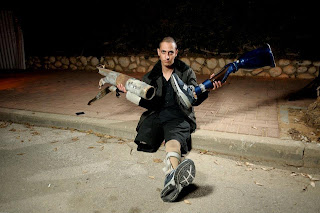 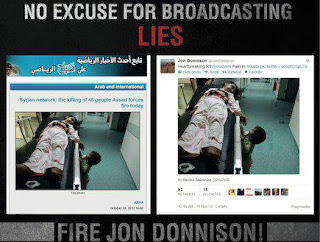 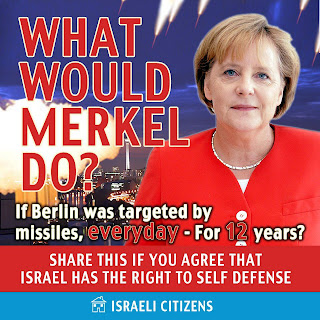 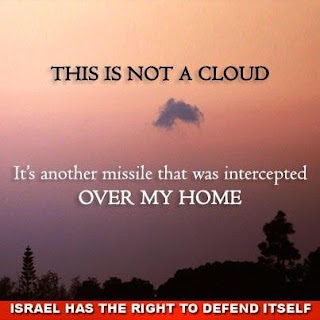 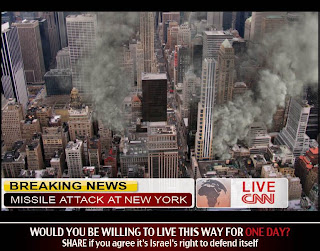 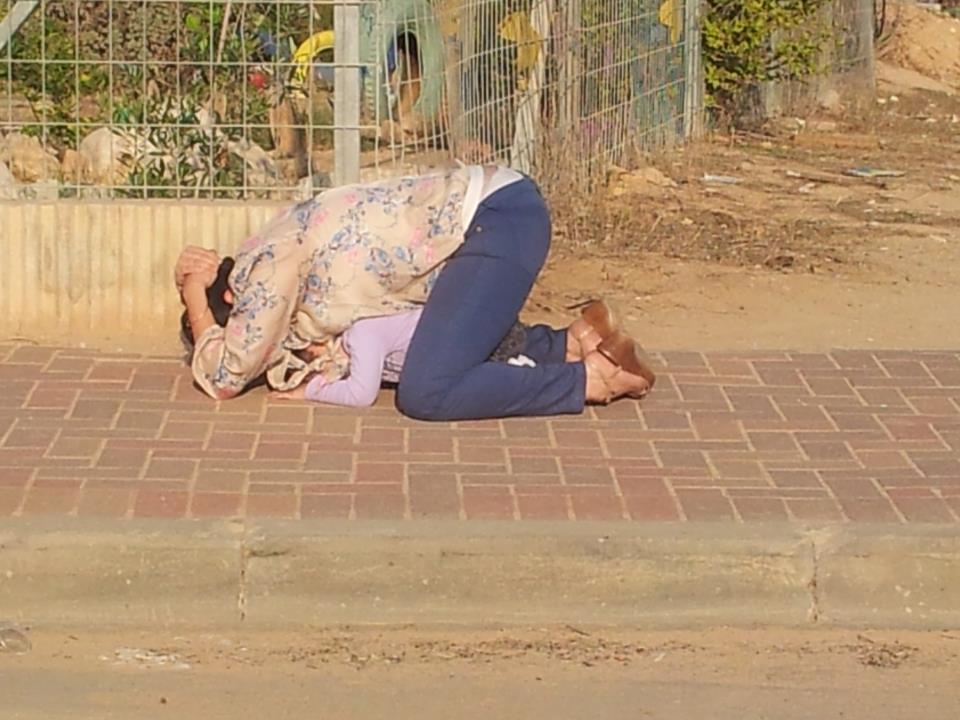 (Hamas has once again apparently been caught faking an image of a dead Palestinian child--this time using a child likely killed by its own rocket fire and claiming that an Israeli attack was responsible)
'nough said.
at 8:38 AM No comments:

It seems like Israel is continuously pressured to make the wrong decisions at its citizen's lives and livelihood expense. Gaza disengagement was a mistake, a deadly one - and it is time to correct that mistake once and for good.

Somewhere, an MSM "journalist" is shedding a tear for his friends next door. 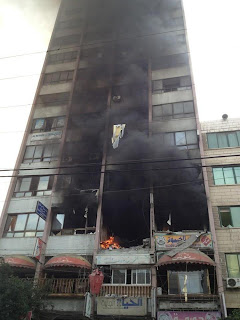 Four Islamic Jihad top operatives were hit by the IDF in the Gaza Strip, when an IAF plane fired at a media building in Gaza, where the operatives were stating. Foreign press representatives were apparently also in the building during the strike.

Is a cease fire imposed on Israel on unfavorable terms?

Meanwhile, bombing continues, and IDF reserves recruits are waiting for command. Many Israelis feel that if the intention is not to take Gaza back and eliminate terror threat for good, a ground invasion will be a waste of IDF soldiers' blood. People don't believe the world will let Israel properly defend itself.
at 9:46 AM No comments:

Narrative and reporting based on fairy tales

So the IDF is insisting they are doing their best to minimize harm to Arab civilians in Gaza, IDF tweeted:
VIDEO: Terrorists put an underground launch site next to a mosque. We targeted the site. The mosque was unharmed. http://www.youtube.com/watch?v=3mKOsPYfpVg&feature=plcp …

The Jihadi scum in Gaza is insisting their real goal is to kill civilian Jews and terrorize them, not shy about using human shields:


And I guess the real question is how do CNN and BBC manage to miss that tidbit and insist on painting Israel is blood-thirsty murderers and the Gaza Jihadi scum as victims?
at 11:42 AM No comments:

Would you mind making a pancake mashed potatoes out of Gaza already?

Next in line - Lebanon, again. And again - without IDF in the field occupying potential terrorist lands and subduing their murderous desires, we will see a repeat. The world is allowing Iran to create this terror launching bases on the backs of a willing Arab population.
at 3:29 PM No comments:

I've said this before: When you want to shoot, shoot, don't talk. Ground operation should have started on day 1, not talked about endlessly. Gaza should not have been abandoned to terrorist rule, and the only fix is to take it back and not return it. Egypt's peace treaty is already null of content, its only valid sign of existence is Egypt mostly holding back its tanks from Sinai. It would take about a day for that reality to change. Israel shouldn't just put in troops into Gaza, but properly prepare for Egyptian forces on its southern border. In short - prepare to take Sinai back. Just this no-body's opinion, far away in Michigan, who still has a lot of family and friends back in Israel.
at 10:18 AM No comments:

Bonus, when they fail to murder Jews, they murder Arabs in Gaza. Blood thirsty animals. 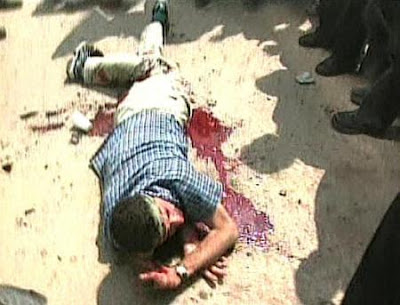 Show of solidarity, no pressure to stop targeting civilians.

* Morsi aims to incite violence against Israel
* Obama presses Egypt to help rein in Hamas as Gaza conflict escalates
And finally, the talks Obama had with Morsi weren't about stopping Hamas, they are actually about Morsi's real current intentions:
Obama works to avert Israel-Egypt break as Gaza violence persists

I wonder, did Georgia bomb Moscow? No - then STFU. Enough's enough - it's time to flatten Gaza. Rocket "fell into sea near Bat Yam," hurt no one. IDF massing ground forces near Gaza. Minister: Gaza is in for unprecedented attack. ... Russia strongly condemned Israel's "disproportionate" use of force in air strikes on the Gaza Strip while calling on Palestinian terrorists to halt firing rockets at the Jewish state.

Exactly how is a nation supposed to respond to such attacks? Any options besides turning Gaza to a pancake?

* 3 killed by rocket fire in Kiryat Malachi
at 1:36 PM No comments:

Sure sounds like Egypt wants to test their American funded, trained and equipped military against Israel

In any other words, these "freedom seekers" from Egypt are saying - since you Jews are protecting your selves against missiles of Jihad - we will end the defunct peace agreement and initiate war.

All hale Arab Spring - for freedom and democracy - right...

Egypt’s Muslim Brotherhood Warns Israel: We Will No Longer Tolerate Attacks on Palestinians

I don't remember Israel IDF spokesperson ever going with a statement like this, it's usually after a couple of hours of operation, this time - Israel first declares then acts. 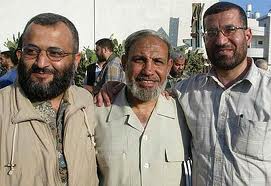 
In the past hour, the IDF targeted Ahmed Jabri, the head of Hamas’ military wing, in the Gaza Strip. Jabri was a senior Hamas operative who served in the upper echelon of the Hamas’ command and was directly responsible for executing terror attacks against the State of Israel in the past number of years.

The purpose of this operation was to severely impair the command and control chain of the Hamas leadership, as well as its terrorist infrastructure. This was a surgical operation in cooperation with the Israeli Security Agency, that was implemented on the basis of concrete intelligence and using advanced capabilities.

Expect CNN to do their best to help the enemies of civilization again and report on Israeli military actions in the war arena...
at 10:32 AM No comments:

I don't know how many times, and for how long this has to be said: Take Gaza back, kill the terrorist, stay there to prevent future terror. Yes, it is that simple, and fuck those who would object. It's not their lives and livelihood on the line, not their children traumatized. A Grad rocket fired by Gaza Arab terrorists exploded next to a factory in the industrial zone of Netivot Monday afternoon.

The war in southern Israel is still raging. On Monday afternoon, a Grad rocket fired by Gaza Arab terrorists exploded next to a factory in the industrial zone of Netivot. Six people suffered from shock as a result of the attack. Witnesses said that there was a great deal of damage to the structure.

This was the second attack on the city Monday; earlier, a rocket fired at the city exploded in a residential neighborhood. That rocket caused a great deal of damage, gutting a shop near where the rocket exploded. Twenty six people were treated by medical personnel after going into shock, with some needing extensive treatment at a trauma center.

Speaking to Arutz Sheva, the owner of the damaged store said that the rocket hit near the back of his business, in a courtyard used by residents of a housing complex. “I was told by residents of the building about the damage to my shop. I couldn't believe the extent of the damage when I saw what had happened,” he said. “All my stock is destroyed, and the power in the area is out.”

I want to say "un-fricken-believable", but following recent election day - not only believable, but expected and predictable. Hamas has a man in the white house. We're fucked - big time.

... the administration made a bold step Wednesday — the day after President Obama won his re-election bid – of removing a convicted Hamas operative (and Chicago resident) from its designated terrorist list.

59-year old Muhammad Salah, who spent nearly five years in an Israeli prison for funding the terrorist outfit, was taken off the list by the Treasury Department’s Office of Foreign Assets Control. The terrorist designation prohibited Salah from obtaining employment or allegedly to make simple purchases without seeking permission from proper authorities

Someone give the 'bakalaka street' screaming brat her pacifier. Note in the video how the moms are pushing the kids on the soldiers, and then the screaming 'qagalaqagqa' blond pulls the guy's gun.


Arabs in Judea and Samaria have brought soldier-baiting for propaganda to the degree of art, video shows.

A video that has been uploaded to Youtube shows how Arabs in Judea and Samaria abuse their own children and manipulate unwitting Israeli soldiers in order to manufacture photographs that can be used for propaganda purposes.

The case in point is a situation that appears to have been masterfully directed by an unknown propagandist, starring a girl who was successfully used for the same purpose three months earlier.

In August, Arab propagandists produced photos of a soldier manhandling a crying Arab girl – an excellent illustration of the theme propagated by Israel's enemies, regarding Israel's allegedly evil military occupation of Judea and Samaria.

The girl was blond and light-skinned to boot – making the photos more touching for many westerners, as she appeared to be "one of their own."

The new video shows the girl in a similar situation, but this time it is plain to see what really goes on in these "photo ops."

The girl was obviously instructed to "get in the faces" of the soldiers, and spent a considerable amount of time cursing them, shouting herself hoarse and hitting them on occasion as well. At the same time, adults all around her were taping the occurrences, waiting for a soldier to lose his nerve.

The staging of scenes for Israel-baiting is such a common Arab tactic in the Palestinian Authority that the industry has come to be known as "Pallywood."