The Israeli government, for some obscure reason, had withdrawn from Gaza, and had done nothing productive since to protect its civilian population. There have always been empty threats and excuses not to take action – thereby abandoning citizens to terror attacks through rockets.

Would bombing empty buildings and sand dunes from the air change a thing? Would taking one or two terror leader once a week or occasionally sending troops a few yards into Gaza only to pull them out hours later protect anyone? Or more importantly – do the leaders of Israel believed at any point that this type of action would cause any actual effect?

It is a failure of a policy that has brought upon the current situation. That policy had not begun with the disengagement/pull out of Gaza. The policy was dictated by Clinton and signed by Rabin and Arafat. Until Oslo is reverted – until the security needs of civilian population precede the fantasy based goals of “peace making”, the criminal negligence will continue.

Talks and empty threats prolong the problem. A short term military incursion is a band aid to an infectious deep cut. Unless measures are taken to seize control for good over Gaza – the families of Sderet, Ashkelon and the agriculture villages around are left defenseless.
at 11:33 AM No comments:

Dumb question of the day

On a day when a terror leader in Lebanon promises to annihilate Israel and it's Army "soon", isn't it time the UN/Nato forces in that country do one of two things:

Either begin doing their task and start disarming Hezbollah

GET THE HECK OUT OF THERE AND LET A REAL ARMY - NOT NATO PUSSIES DO IT!

If anyone needs a reminder of what the latest declarations of Hezbollah and Iran leaders sound like, take a quick look in Nazi propaganda as well as Nasser's speeches prior to 67 and Saadat in 73.

There's no more uncertainty, rather - a certainty - that Syria, Iran and the Iranian division in Lebanon have decided to open war with Israel.

Given that Syria tried to posses Nukes and was thwarted by Israel, and that Iran is still in full throttle to achievement, if sanctions on Iran not be taken immediately, then the western world would have complied with a second holocaust.

Also, it is high time the scarecrow leader of Israel step down and let more experienced and strategic capable leaders take the reins before it is too late. Just like Moshe Sharet did.

The historic Arab-on-Jews war is about to reach a climax, it must not be a final peak as was the "final solution" to the Jews of Europe.
at 10:40 AM No comments:

The article is at FrontPage.Com, the Image is not related but just a reminder... Click on the Image to be outraged at the story: 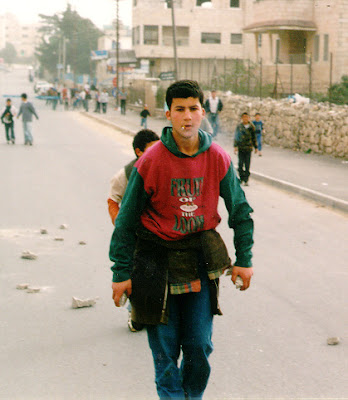 Every second of the 40 minute podcast is AWESOME!
at 4:12 PM No comments:

We've been told that the worst real estate collapse is at Florida and California. Hmmm... On this list, Lansing-MI and Detroit-MI are number 1 and 6...

Worse... It seems that people would rather pay higher prices in Amarillo, TX than Lansing. If you'd ever been to Amarillo (or through) - you would be surprised too.
at 9:57 AM No comments:

Just how bad would an Obama presidency be? Think worse.

In the face a horrible financial turmoil, at the start of a recession, which could lead to a depression, when trade deficit is at all time high, amidst a war - what the American tax payer needs according to Obama is MORE TAXES TO PAID DIRECTLY TO THE UN?!

It is not an everyday type of a thing, when a terrorist in the scale of Mughniyah is taken out. His atrocities are in par with Nazis, he was personally involved in the murder of hundreds of civilians, most of which Jewish, in addition to US military troops.

Q: If Iran takes steps again to terrorize Jewish communities around the world - like they did after the death of another terrorist in 1992 - would anyone take actions against them this time?

Q: Should residents of Michigan be extra-wary considering the vast amount of Shiites here?
at 12:01 PM No comments:

For some reason, this is not a headline anywhere. However he said it while discussing reduction of power to Gaza. Reduction - again - not cut off.

The source in Hebrew is the awfully anti Israeli insane lefty news source Haaretz/Walla.
at 1:42 PM No comments:

Winds of change in BBC?

A rare moment. I might even unblock BBC America from my cable box...

OK. Now I saw it. I'm sorry, I just heard the words "militant", "loosely affiliated with Mahmood Abbas", "bomber" and other nonsense. BBC is incapable of using the words "terrorist", "controlled by the Palestinian Authority leader Abbas", and "homicide bomber".
at 4:46 PM No comments:

Just call them Nazis, not Palestinians

How else would you define a nation that bombards a daycare for children under 4? What else would you call people who hand out candies when their comrades bomb and murder civilians in Dimona?
It is devastatingly inhumane - the fact that AP, AFP, and other news agencies are in cahoots with the Nazis, not to mention the UN. The world just can't get enough of Jewish blood.

In other news: Nazi needs some coffee quick, about to blow some Jews up.
at 9:41 AM No comments: