The sooner the Iranian regime is gone, the better for the whole mankind. Inshalla tomorrow.

Arrived on my email:

Basiji-led Attack on the British Embassy in Tehran

As the U.S. and its European allies begin to impose effective sanctions on the Islamic Republic, the western democracies should anticipate that the regime will initiate more of these fully-authorized, staged incidents under the guise of a student movement.  The so-called students, of course, are plain-clothed basiji following orders from the regime. Even Moussa Ghornani, a member of the legal committee of the Iranian Parliament, admitted unwittingly in a statement that “the students who entered the British Embassy yesterday were members of one of the official and effective organizations within the regime.” The basiji “students” published an announcement in the Raja News (the official news agency of Mahmoud Ahmadinejad) that railed against the government of Britain because “this evil government had the audacity to sanction our Central Bank.”

The western democracies should take this incident as evidence that the recently imposed sanctions on the Central Bank of Iran (CBI) have infuriated the regime. And for good reason. The CBI sanctions will disrupt the smooth flow of revenue to the regime that is essential to pay its loyalists, the basiji, and the Revolutionary Guard Corps leadership.  The Iranian Freedom Institute (IFI) and the Confederation of Iranian Students (CIS) applauded the imposition of CBI sanctions noting that this is a major step in the right direction.

Contrary to the regime’s propaganda, the Iranian freedom student movement believes the regime has lost its legitimacy and has called repeatedly for its removal.  The western democracies should not be misled by the regime’s subterfuge. The Iranian freedom student movement seeks a free, democratic and secular Iran.  The Confederation of Iranian Students, in particular, has been at the forefront of this fight for basic human rights and freedoms that the Iranian people desperately seek.  Be clear on this point.  The Iranian regime, not the average Iranian citizen, is affected by the CBI sanctions and only the imposition of oil sanctions would have a decisive impact on the Islamic Republic.

IFI and CIS believe that the imposition of oil sanctions against the Islamic Republic will cut off the life blood of the regime – the revenue essential to meet the payrolls of its domestic security forces, the basiji and the Revolutionary Guard Corps leadership. The oil sanctions report prepared by the CIS presents a detailed analysis showing how a carefully developed and implemented plan, coordinated closely with the Saudi government, would cripple the Iranian regime and avoid shocking the international oil markets during the current period of international financial turmoil. In this regard, IFI and CIS strongly support French President Sarcozy’s call for international sanctions on the Iranian regime’s oil exports, and will continue their efforts to encourage the U.S. Congress to adopt bipartisan legislation toward that end.

Ben Eliezer: 'Israel should start preparing for a conflict with Egypt'

All the more reason to finish off Hamas in Gaza right now, and not delay too much taking care of Iranian nuclear ambitions. As 'Sultan Knish' put it, the crumbling of the Israel-Egypt peace treaty and relations signals the end of the so called peace process. It is an unavoidable disillusion.

Knesset Member Binyamin Ben-Eliezer, a close friend of deposed Egyptian president Hosni Mubarak, warned that the latest developments in Egypt indicate that "over time Israel will find itself in a head-on confrontation" with its Arab neighbor.

Ben-Eliezer (Labor) told the Knesset's Foreign Affairs and Defense Committee Monday that Israel "should start preparing for a conflict" with Egypt.

"We are in the midst of an earthquake, and I still can't see it subsiding, definitely not in the near future when elections are on the horizon (in Egypt)," Ben-Eliezer told Yedioth Ahronoth.

"Today it is clear that for the first time in history the Muslim Brotherhood will win at least a third (of the seats in parliament). Islamization is taking the place of nationalism," the MK said.

According to Ben-Eliezer, "We are in a situation whereby no one can predict how the new Egyptian leadership will look like (following elections).

"We must take into account that we may find ourselves in a confrontation with Egypt. We already have a problem in (north) Sinai - which has clearly become terrorist territory – (because we cannot operate freely there) as we do in Gaza," he said.

Finally, someone is doing something.


Britain is cutting links with Iranian banks because of 'evidence' they are involved in the development of a nuclear weapons program, Finance Minister George Osborne says.

'The UK government has just announced new financial sanctions against Iran. We are ceasing all contact between the UK financial system and the Iranian banking system,' Osborne said on Monday.

The Treasury said it was the first time Britain had cut off an entire country's banking sector from the British financial sector.

And this move is now coordinated with Canada and the USA.
at 3:07 PM No comments:

My only hope is that when rockets rain on Tel-Aviv, someone will come to his senses and eliminate the terrorism nest in Gaza.

Military reveals: A recently targeted terror squad was attempting to launch a rocket with an 80 kilometer range.

80 kilometers, and the distance from northern Gaza to Tel-Aviv is apparently 71 kilometers.
at 10:23 PM No comments:

The best moment to strike Iran would be...

You know what could be worse than striking Iran right now? Waiting for it a little bit more.

PS: You know what's worse? That over the last 5 years - the best moment to flatten out Gaza and kick Hamas out was - any moment, which still has not happened. And a war with Iran means a war with Lebanon and Gaza - cancellation of Egyptian "peace" - and probably a war on that front as well. And yet, the alternative to striking Iran right now is unthinkable.
at 9:47 AM No comments:

Iran on brink of Nuke weapon

a. Failure to stop while dragging feet - will allow Iran to become a nuke power
b. Failure to act will lead to a new holocaust
c. Act too late while withdrawing from Iraq and Afghanistan - will lead to huge casualties to US, the Golf states, and to Israel - might be a long and painful war - perhaps world-war.

Better late than never? Like, joining WWII 2 years after it started and finishing it off after almost all of the Jews were murdered...
IAEA says foreign expertise has brought Iran to threshold of nuclear capability 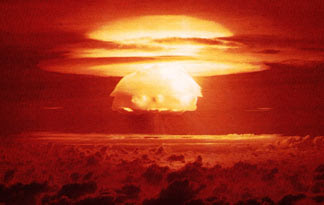 Intelligence provided to U.N. nuclear officials shows that Iran’s government has mastered the critical steps needed to build a nuclear weapon, receiving assistance from foreign scientists to overcome key technical hurdles, according to Western diplomats and nuclear experts briefed on the findings.

Documents and other records provide new details on the role played by a former Soviet weapons scientist who allegedly tutored Iranians over several years on building high-precision detonators of the kind used to trigger a nuclear chain reaction, the officials and experts said. Crucial technology linked to experts in Pakistan and North Korea also helped propel Iran to the threshold of nuclear capability, they added.

The U.N. nuclear watchdog is due to release a report this week laying out its findings on Iran’s efforts to obtain sensitive nuclear technology. Fears that Iran could quickly build an atomic bomb if it chooses to has fueled anti-Iran rhetoric and new threats of military strikes. Some U.S. arms-control groups have cautioned against what they fear could be an overreaction to the report, saying there is still time to persuade Iran to change its behavior.

Salehi said that the controversy over Iran’s nuclear program is “100 percent political” and that the IAEA is “under pressure from foreign powers.”

Although the IAEA has chided Iran for years to come clean about a number of apparently weapons-related scientific projects, the new disclosures fill out the contours of an apparent secret research program that was more ambitious, more organized and more successful than commonly suspected. Beginning early in the last decade and apparently resuming — though at a more measured pace — after a pause in 2003, Iranian scientists worked concurrently across multiple disciplines to obtain key skills needed to make and test a nuclear weapon that could fit inside the country’s long-range missiles, said David Albright, a former U.N. weapons inspector who has reviewed the intelligence files.

Inspired by Cairo demolition of Israeli embassy and siege of its 6 occupants?

So a group of communists, supported by radical CAIR Muslims, funded by Obama's ACORN, saturated with anti-Semites who boast their American Nazi affiliation - those people march on and invade Israeli consulate building lobby in Boston. How quick do all these anarchists from Cairo to Boston turn directly against Jews.

Side note: the Israeli variety of the OWS - the social justice - residential crisis protest - funded and led by same groups as OWS, that one is falling apart - as it appears many Israelis are not in ease sitting with people who refuse to sing the national anthem, have a problem with Israel's flag - and generally keep making insane proclamation - that's Daphne Leaf and her cohorts. (From this weekend's Israel Hayon edition)

More details about the incident at Powerline Blog, with video of loons: Occupy Boston/Hinderaker illustrated
at 12:21 PM No comments:

Over the last few months, I've been using Google reader to to quickly browse through many-many RSS feeds from sources I track, and with a click on a "share" link, have those headlines be posted instantly here on the blog on the "grilling wire" section.

Well now, Google "upgraded" their reader, and no more "share" feature. Sure, I had to hack the shit out of it to work (subscribed the share feed to feed burner, which in turn created its own widget to post HTML into the right side column...), but once I got it going - it was easy and beautiful. I don't have ample amount of time to copy/paste and snipe some sarcasm at every good and important piece of news I found out there. It's a shame, I really liked zapping away shared links. I have no intention to start blogging like crazy 15 posts a day just because I find the content important, I have a life - and the blog is not an income source.
I'll blog now and then regarding the ongoing Jihad war by Muslims and Arabs against Jews and against Israel here, and I'll post every now and then at pitareport.blogspot.com about general US related stories. The pace will get slow though.

Gosh I love Israeli Shawarma.
at 10:57 PM No comments: